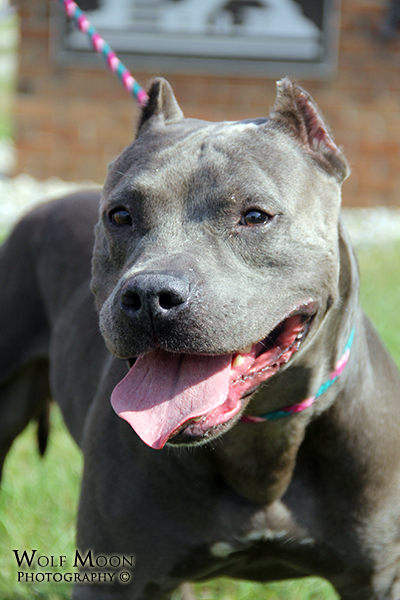 If you’re looking for a dog with go, this boy is your man.  He’s got energy in spades and loves to go, go, go.  He’d make a great running buddy or a dog who could go for hours playing tug or chasing a toy.

Blue has a few quirks, though.  He doesn’t particularly get along with all other dogs he meets.  It would be strongly suggested that he go with a previously introduced submissive female dog just so he isn’t set up for failure but the right boy may work as well provided the new owner is willing to work with 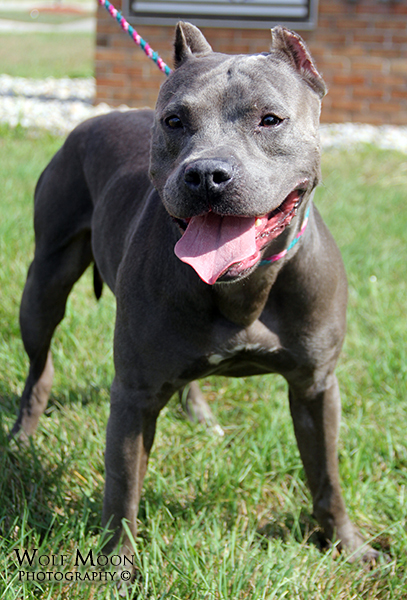 him.  He also hasn’t been tested with kitties but with his level of prey drive, that may not be advisable.

Blue is in definite need of some obedience training and a patient owner.  With his go, go, go attitude, he also can be a bit intense for the average person handling him but he makes up for it in his amazingly sweet demeanor and adoration of the human-types who spoil him rotten at the shelter.

If you’re interested in adopting Blue, or any of his kennel mates, he is available for adoption through the Taylor Animal Shelter which is located at 25555 Northline Road, Taylor, Michigan. You can contact the shelter by phone at (734) 374-1354 or by clicking the link to the shelter above. 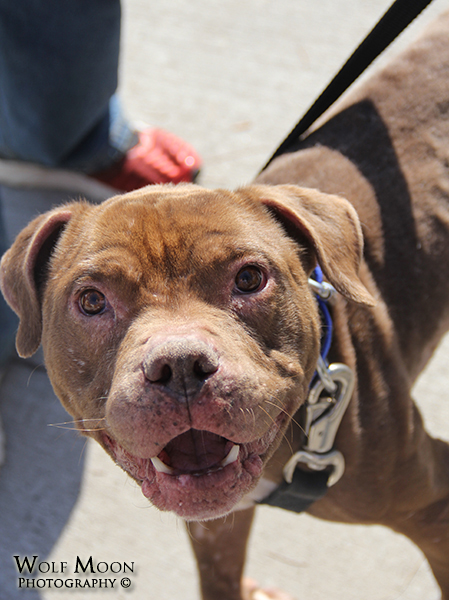 The face of a newly adopted dog as he gets a taste of freedom after being stuck at a shelter. 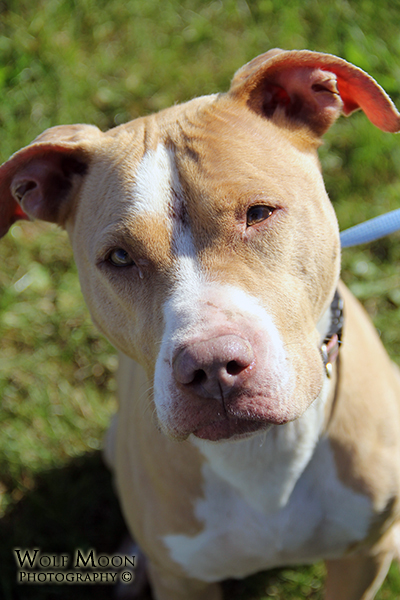 If you’re looking for that perfect companion or long walks on the beach or an up and coming dog sport star, look no further than Miss Butterscotch.  She is a sweet, relatively low maintenance gal who would love to be the apple of her new forever family’s eyes.

Sweet and kind Butterscotch is a delightful little girl.  She is relatively good on a leash but has some typical puppy-ish exuberance.  She is very, very food

motivated and has a moderate toy drive.  She would do well in a home that was willing to work with her and set her up for success.

Butterscotch can be a bit pushy with other girl dogs because she believes she needs to be the only woman in her human’s life.  She would probably do best with a boyfriend or being totally spoiled as an only dog.  She seems to interact well with the boys at the shelter currently.

If you’re interested in adopting Butterscotch, or any of her kennel mates, he is available for adoption through the Taylor Animal Shelter which is located at 25555 Northline Road, Taylor, Michigan. You can contact the shelter by phone at (734) 374-1354 or by clicking the link to the shelter above.

Update: Butterscotch has been adopted! 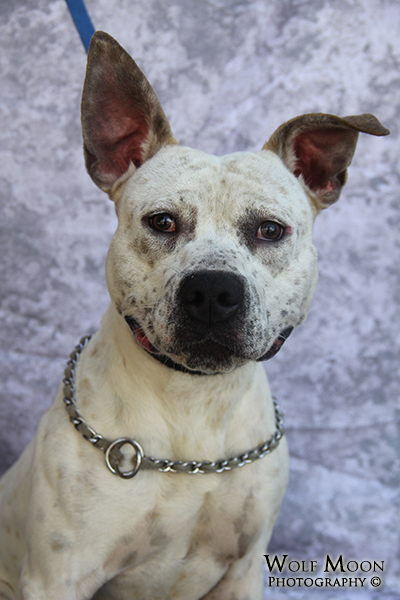 Would ya look at that smile on that goofy face!

Freckles is an amazing bundle of spotty goodness. He is happy-go-lucky and full of get up and go. He would do well in just about any family because he is just an amazingly well-rounded dog (we would have taken him home if we didn’t have six already!) with a phenomenal personality to boot!

Freckles, if you’re interested in dog sports, this guy already has a 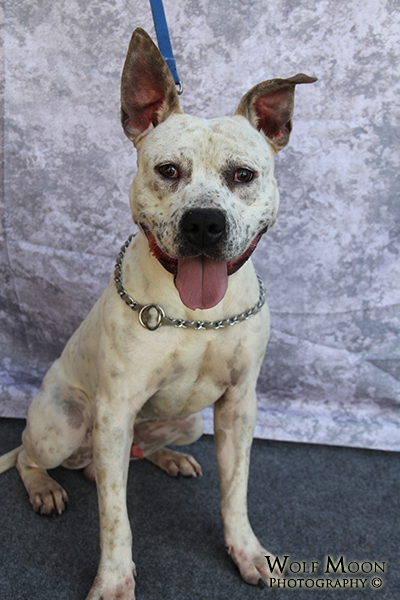 pretty decent start to the basics and would make a fabulous prospect for obedience, agility, weight pull or any other venue you may be interested in. He has the desire to please and an off switch when it’s time to relax and chill out at home. I really can’t say enough good things about him. Unsure of how he is with other dogs and kitties but proper introductions to both should definitely be on the top list of priorities no matter what!

If you’re interested in adopting Freckles, or any of his kennel mates, he is available for adoption through the Taylor Animal Shelter which is located at 25555 Northline Road, Taylor, Michigan. You can contact the shelter by phone at (734) 374-1354 or by clicking the link to the shelter above.