This last weight pull weekend was beyond amazing.  The sheer adrenaline that flowed through every spectator as Bart, an 84lb American Bulldog owned by Denise Taranto, smashed the previous record for the rail track we were weight pulling on.  He surpassed the record (12,250lbs – originally set by a wonderful rescue dog named Jake who is owned and loved by his phenomenal handler, Andrew Peabody) by a mere 20lbs but it was still cause for celebration.

We had a rough start for the pull weekend at the NWDA pull in Luna Pier, Michigan (August 31 – September 3) and the dogs all had a hard time getting stuff going.  We pulled well into the night on Friday not leaving until almost 11pm.  Saturday we had two pulls – rails in the morning and wheels in the evening.  It was hot, muggy and the track was a little off because the organizer, Toni, likes to keep it level for the entire playing field.  The conditions greatly improved and the track was leveled once more after a torrential downpour on Saturday evening into Sunday and we repeated the cycle on pulls for Sunday and watched records get broken and the 10,000lb club have two new dogs added to it.

My dogs didn’t pull that well but we haven’t been training or conditioning much over the course of the last few months.  Unfortunately, life got in the way and dog events got put on the back burner.  They, however, surprised me.   My little black princess pulled her personal best of 1,050lbs – 26.92 times her body weight of 39lbs.  I didn’t quiet expect it but she made me incredibly proud and broke her own personal record.

Here are a few photos from the weekend.  The rest can be viewed here. 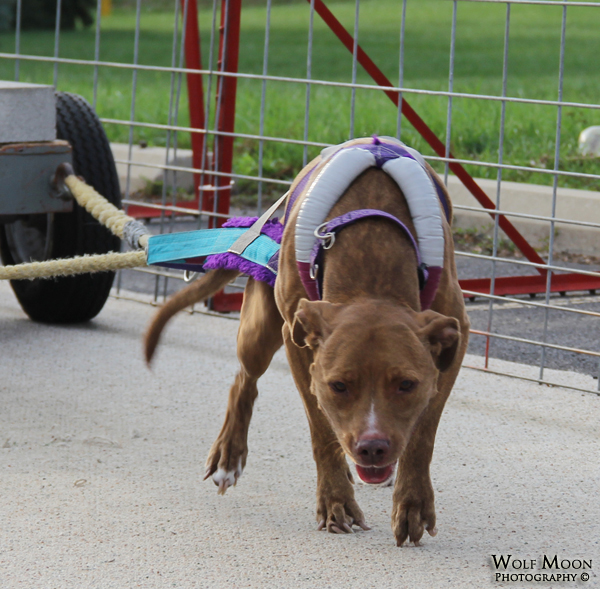 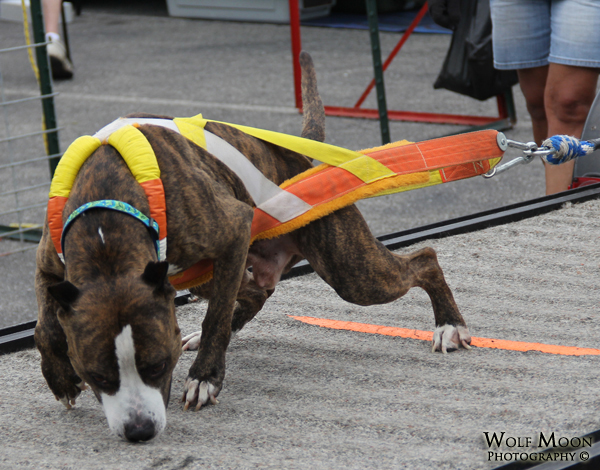 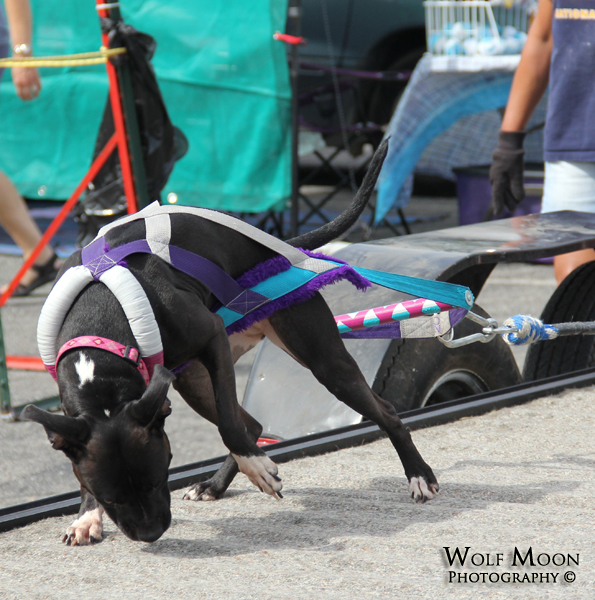 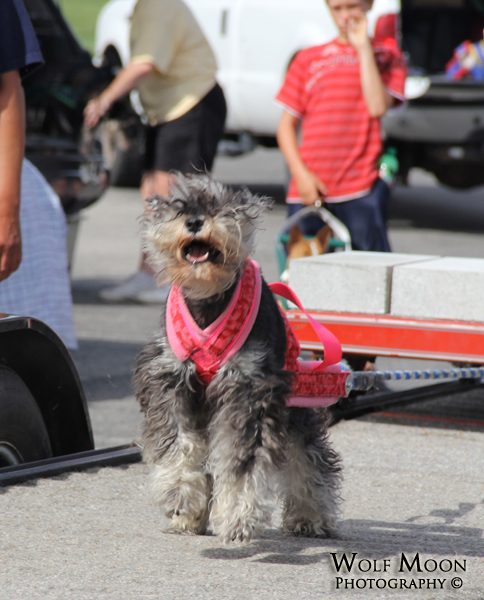 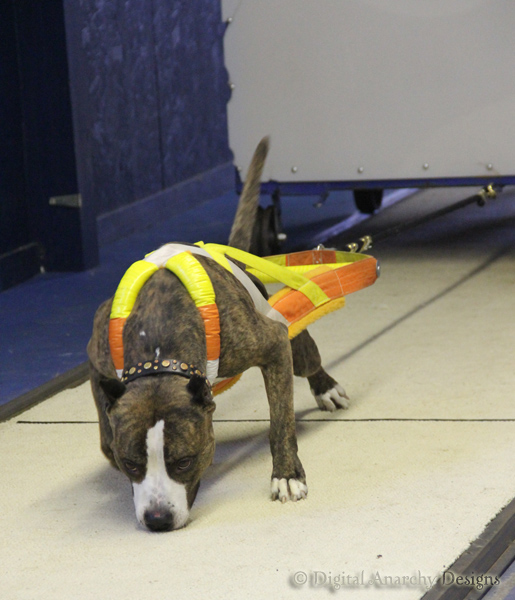 The last time we weight pulled we attended the K9 Fanciers/AABC UKC pull.  As I blogged about prior, UKC altered their rules to limit how much a dog can actually pull.  For a dog like Ryker, who pulled this past weekend, which is an incredibly hard thing to do.  Limiting a dog that has been conditioned and trained to continue to pull well above the 20pt rule – which is only 35x his body weight on the surface we pulled (wheels).   Ryker has pulled well above the 20pt pull with UKC on wheels and has taken many Most Weight Pulled (MWP) and Most Weight Pulled Percentage (MWPP) placements in the regular and Grand classes (when they were offered – they have since been discontinued).

We have not pulled competitively since the weight pull rule change, that is, until last weekend.  We had a chance to get out and pull with the NWDA (National Working Dog Association) for the first time.  Their rules are very similar to the APA (American Pulling Alliance) in that there is one foul and then the dog is done (versus the UKC where you have two fouls), but you are only able to pass two weight increases before you must pull again (APA is unlimited passes).  It really was, in my honest opinion, the best of both the UKC and the APA pulling rules.

Ryker weighed in at a fluffy 51lbs – about four pounds more than I usually pull him at when he’s conditioned specifically for dog sports.  Since we have been out of commission for competition for the last few months, I expected him to be heavier since we had worked to put weight on for the cold Michigan winter.  He outdid what I expected him to do since I went there just to have a blast and work with my partner and my friend.  He pulled 2,078lbs on Saturday for 40.74x his body weight and 2,180lbs on Sunday for 42.74x his body weight.  He took 2nd place in his class against our favorite ‘nemesis’, Jake. (And no, we really don’t think Jake is our nemesis.  He’s a phenomenal pull dog and it’s a pleasure to pull against him.)

The same camaraderie that used to be present at the UKC pulls was there in spades.  It was nice to see some familiar faces, but even more to see a lot of the newer weight pullers who had been training at Currey’s Family Pet Care and were incredibly new to the competition aspect.  Those of us who are ‘old hats’ at this have a lot to look forward to with our new ‘competition’ this coming season and I, for one, can’t wait to attend another NWDA pull.  Thank you, NWDA for giving me and other weight pullers another place to work our dogs!