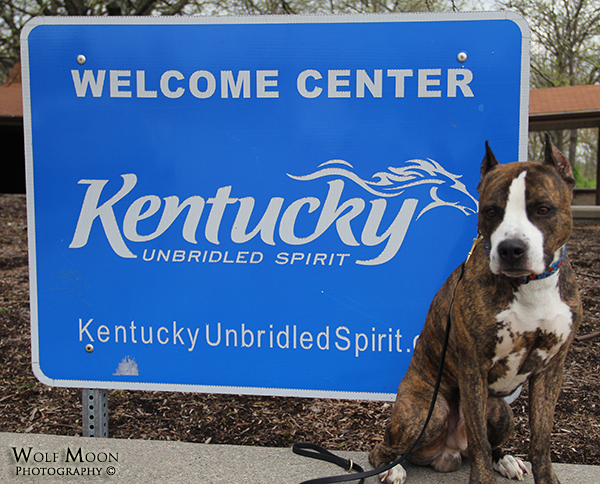 It’s hard to believe I’ve not take a dog event road trip in a little over a year.  I’ve stayed local for the most part because of work and personal obligations but finally had a chance to take some much deserve time off and go to a faraway place known as Waynesville, North Carolina for the Palmetto State APBT Club show with my buddy, Ryker.  It was three days of fun with one of my best buddies doing what we do best – working together and having a good time.

We went down hoping to try and get those last 18 points we need to finish Ryker’s ADBA conformation Championship.  (Because the last points are a PAIN to chase down – especially if one has a brindle dog.  They do NOT show conditioning well at ALL!)  We managed to eek out three with a third place under honorable judge Frank Rocca out of a class of ELEVEN(!!!!!!) 5 and Over Males.  It was insane.  I was constantly trying to move Ryker so he had the best vantage since he was more preoccupied on being a brat.  It was insane.

Quite honestly, I almost died and went to heaven when the judge came over with the 3rd place ribbon.  To be picked among so many nice older boys still vying for the same thing we were.  It truly was an honor and I’m pleased to have placed in the top three and believe many of those dogs deserved the honors of being in the top three as well. 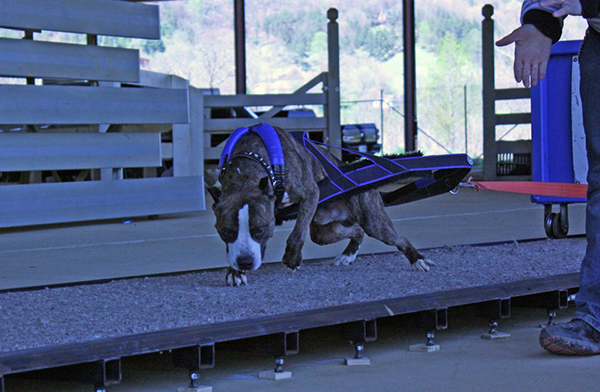 We also puttered around in weight pull that weekend for Saturday and squeaked another 3rd place there before pulling him out to go show in the first show.  He pulled 1,300# that weekend on a very hard track with the top pulling dog (who weighed 82#) pulling just about 3,400# and six dogs in his class (45-55# males).  I was pleased with what we did.  Should I have kept him in longer and forfeited my conformation entries?  Maybe but I didn’t really feel like pushing for much more beyond that.  We’ll get our Ace in due time.  He’s still a young man after all.  It’s not like he’s turning seven years in July.  (Which he actually is, but try telling him that!)

Overall, I had a good time.  It was nice to return to the ADBA circuit.  It gave me a chance to see old friends and meet some new ones.  I got to spend time with my Ryker-man and work that bond that we’ve been so blessed to have for all of these years.  The break did us good.  It gave me a new perspective and reminded that at the end of the day, I still have my wonderful boy and win or lose, he’s still #1 with me and we will just have to put the work in to show everyone else how awesome I already know he is.  Now…to get those last darn points!