Okay, so it wasn’t exactly the worst snow storm in the planet and barely created a fuss for most of Michigan but you’d think that the way the news channels were panicking that it was going to be some sort of major to do – you know, like it was the end of the world or something.  Other than a few short hours where five sissy bulls absolutely refused to set foot outside because they might get flurries up their derriere it amounted to nothing more than eight inches of cold, non-snowman making snow pile up that gave the dogs an opportunity to romp like madmen (and women!) around their Nana and Papa’s yard (since that’s where we were for the first part of this week).

Imagine that, romping around 2.5 acres like little snow piranhas while beating one another up with frozen Kong Wubbas and Jolly Balls.  It was all rather amusing but I seriously froze my fingers off (because I couldn’t find my gloves and said “oh, well!” like an idiot!) watching them be little nimrods and merrily photographed the whole thing.  This, of course, amounted to waaaaaaay to many photographs to sort through and process but it was worth it.

Now that they’re all edited and ready to go, I’ll post them here for your enjoyment.  Did you survive the Snowpocalypse of 2012 or are you an abominable snow zombie like I felt after a few hours in the sub zero temperatures? (You can view the whole album here.) 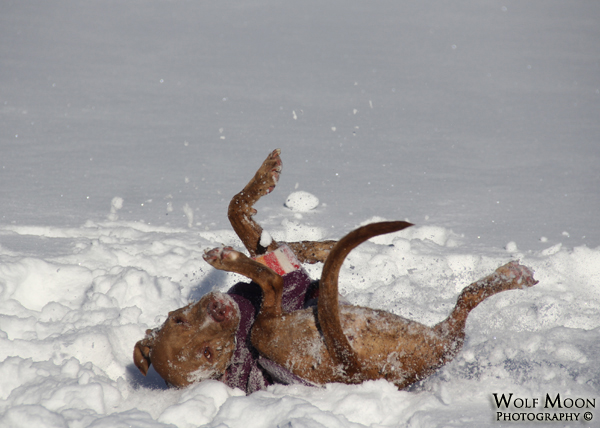 Luna gets a good roll in the snow. 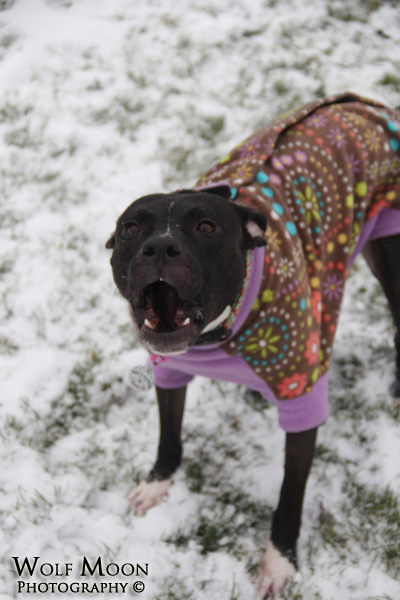 Lyric likes to sass me when she doesn’t get the toy NOW. 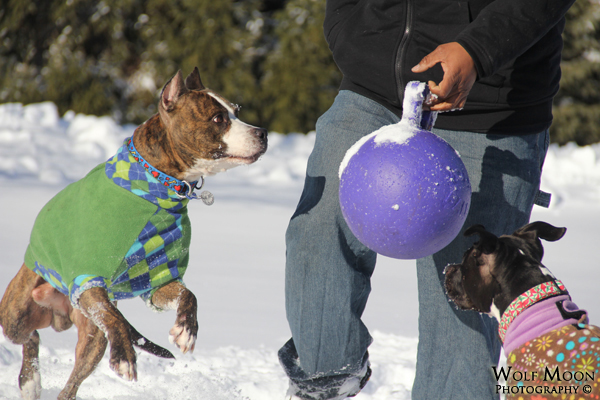 Ryker and Lyric nag at their Poppa to THROW THE BALL! 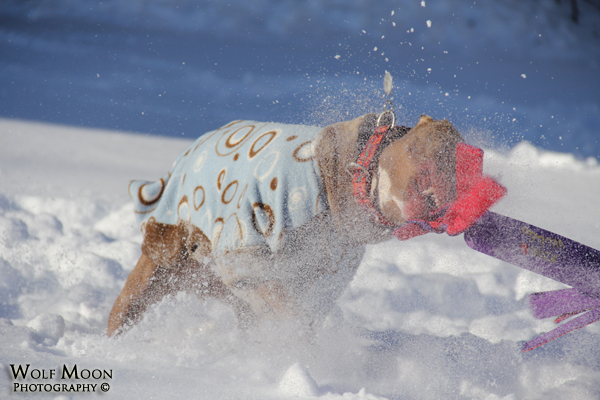 Mika mid-shake with her Wubba. 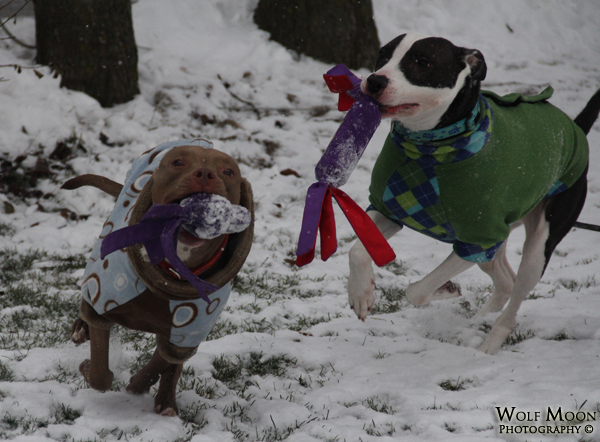 The chase is on!