You never expect to have to drop a whole load of money on a perfectly happy, healthy and 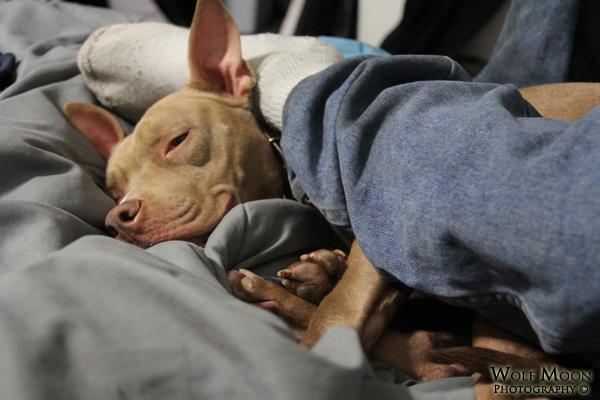 active young dog until that moment when it actually happens because they do something totally unexpected or a horrendous accident occurs.  This was the case last Thursday for us when our darling milk chocolate darling Mika decided that part of a Wubba’s tail, fleece tug and half of one of my bras (the side with the eye hooks) were perfectly edible and polished them off in the wee hours of the morning and I would have found out too late if I hadn’t stepped on a soggy bra (because I was lazy and left it on the floor the night previously) and realized something did NOT look right on it.

My husband and I figured we could get her to vomit it back up with peroxide – especially since she’s notorious for eating stuffing from stuffy toys (and the reason she is banned from them too!) – and so we weren’t worried too at that time.  My husband and I both worked for one or the other (or both of us!) to get out of work, however, and get her into the vet’s office if we couldn’t get her to vomit.  I tried the peroxide when I got home from work since I hadn’t been gone too long since she ingested the items but she failed to throw the items up.

I called the clinic to warn them that I was on my way up (I actually said, because of Mika’s history for needing x-rays for pulling these stunts that “Mika needed another dose of radiation because it had been far too long and she needed a recharge for her super powers.”) and what I suspected.  X-rays were ordered the second we got into the room after her vitals were checked – which showed a slightly elevated temperature of 102 degrees.  Sure as the fact that the sun rises and sets every day, the metal from the bra showed up on x-rays.  I cringed knowing exactly what it meant and how bad the estimate would be.

My vet’s office is, thankfully, absolutely amazing. My estimate was about half what I 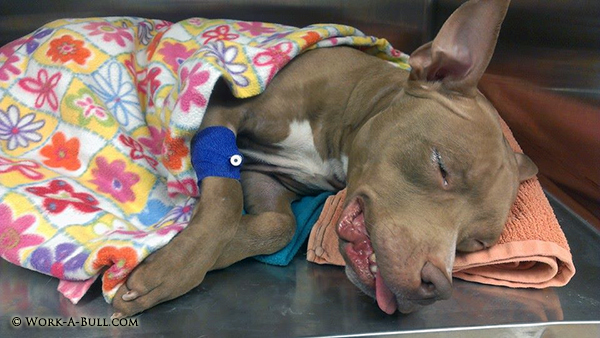 expected at a tune of $830 dollars with all the necessary things for surgery plus the bill of $125 she had already racked up with x-rays, etc.   It didn’t stop me from cringing at the bill but it was a little easier pill to swallow since I knew she could be gotten in that day without paying emergency room costs or allowing for 24-hours to pass into a more complicated extraction area like her intestines.

Thankfully, we have a CareCredit card (which is, in my opinion, an essential thing to have if you have dogs because you NEVER know when one of them is going to have a stupid moment like Mika did…!) which allowed for 18 months of no interest payments on our painful bill.  If we hadn’t, we’ve got an emergency fund specifically for the dogs but I avoid tapping into that unless I have no other choice but the cushion was there for that off chance. 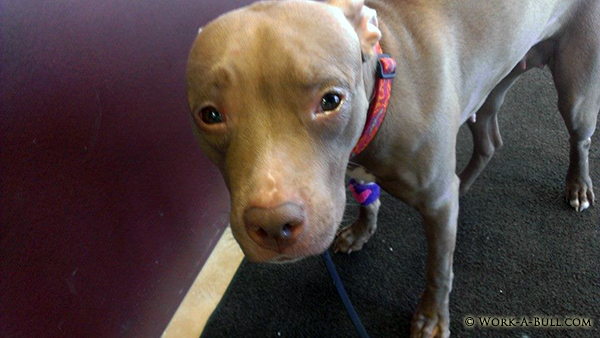 Mika went into surgery at round 12pm.  The surgery took around a half an hour from start to finish and was, in relative terms, a simple exploratory surgery because she hadn’t passed any of the items into nastier territory.  My vet, Dr. Eugene over at Hoover Road Animal Hospital, was pleased with the work and when she was in recovery, I was allowed back to sit with her while she came out of anesthesia and see what all she ate.  It was, to be honest, utterly disgusting but I was glad she didn’t eat more or worse.

Ultimately, Mika’s antics taught me a very valuable lesson on being prepared.  The painful and expensive opportunity to know what to watch for when it comes to dogs who don’t think twice and get into things they shouldn’t even when you least expect it.  The financial responsibility overall on a dog may be minimal but an emergency surgery definitely is not and it always pays to save for a rainy day – even if it’s only a few dollars here and there.  You never know when it will be necessary!