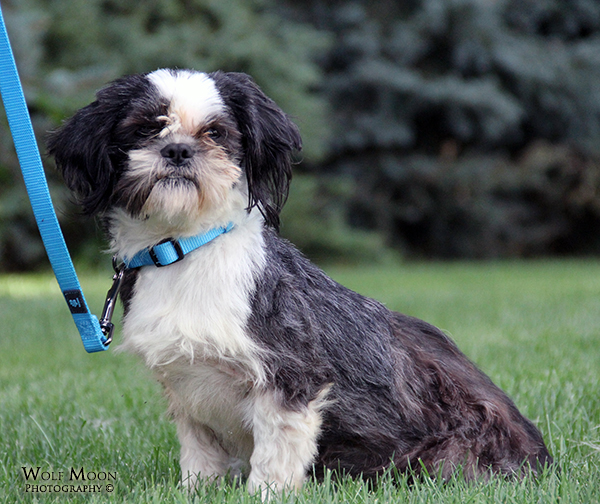 Well, we’ve got a new addition to the crew in an offhand sort of way.  His name is Yoshi, formerly “Louie”, and he was adopted on Saturday from the local animal shelter by my parents after three grueling days waiting to see if they’d be accepted.  He’s a 3 year old Shih Tzu who ended up there due to no fault of his own because he was allowed to run loose and picked up by animal control where he was held for his stray hold before being put up for adoption.  We were lucky enough to be able to snatch the little guy up the day he arrived at the adoption location by chance after seeing him on a mutual friend’s Facebook page via a tag.

Yoshi came to us with quite a few lack-of-care issues that were no fault of the shelter.  On his first vet 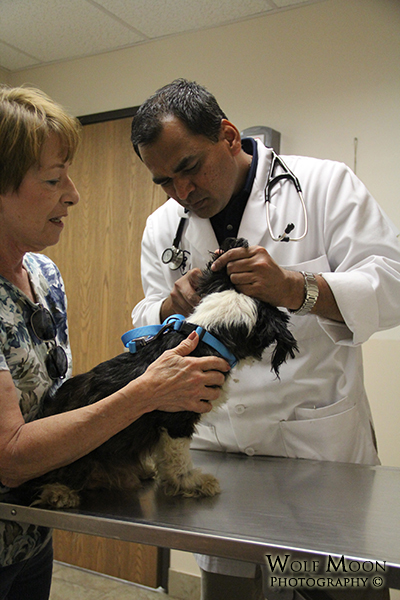 visit as a newly adopted dog, he was diagnosed with tartar build up in the rear teeth (which is far too common with small breed dogs!), coccidia, a severe ear infection in both ears, mild dermatitis from previous flea infestation/lack of proper nutrition and a staph infection.  He’s on three different medications and has to get frequent baths with medicated shampoo for a couple of weeks.  Thanks to the wonderful staff at Hoover Veterinary Hospital, he’s on the mend and once he gets all healed up and healthy, he’ll undergo his neuter, teeth cleaning and get his microchip.

Yoshi has been, despite the easy-to-handle health issues, an absolute breeze.  He has started to settle into his new house like he’s been there from the beginning.  He’s already taking his role as cat herding expert quite seriously – except for Micki, the 17 year old, blind torti Persian, who flicks her tail and smacks the snot out of him because she knows she rules the roost even if he thinks otherwise. He is also picking up on basic commands very easily with the help of his immense food drive which has actually 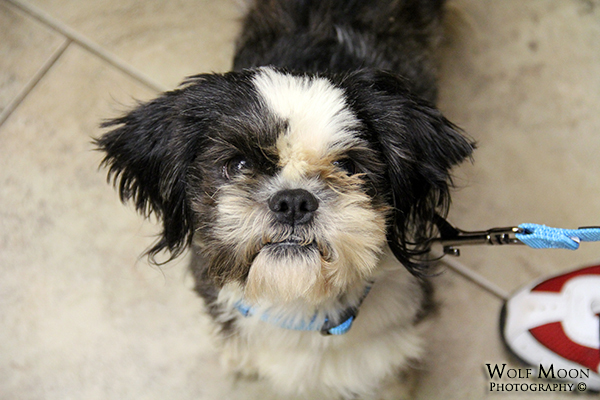 gotten my Mom thinking about doing more with him than just being a treasured family companion (like therapy dog work and maybe some competitive stuff too).

All in all, he’s a very good dog and we’re happy to have him and to introduce him as part of “Team Work-A-Bull” – even if he is a little fuzzy – and are looking forward to many more adventures with him and my Mom as a team as she gets her feet wet in the world of training and possible competitions and activities with her little guy.  Welcome to the family, Yoshi.  It’s good to have you here!