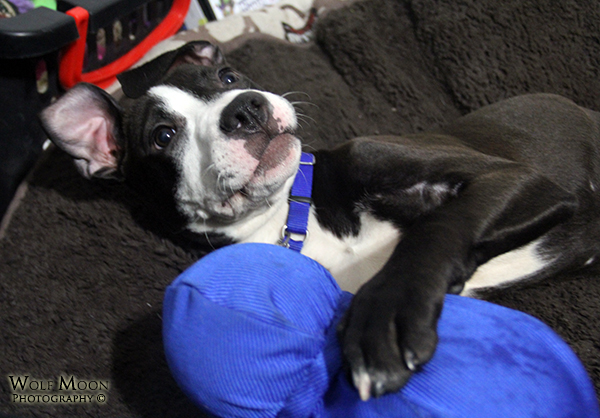 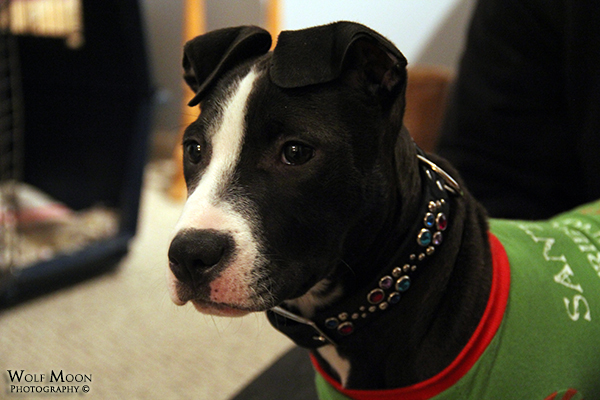 I’m probably insane for doing this.  Insane for bringing a high drive puppy into a home with six other dogs and three of the six being seniors (even if they refuse to act like seniors!) but I honestly don’t think I can help it.  I keep looking at my older dogs and frowning over the fact that they’re getting older and by getting older, I worry far more that if I attempt to do things with them, I may invariably break them by asking something because they don’t know when to say 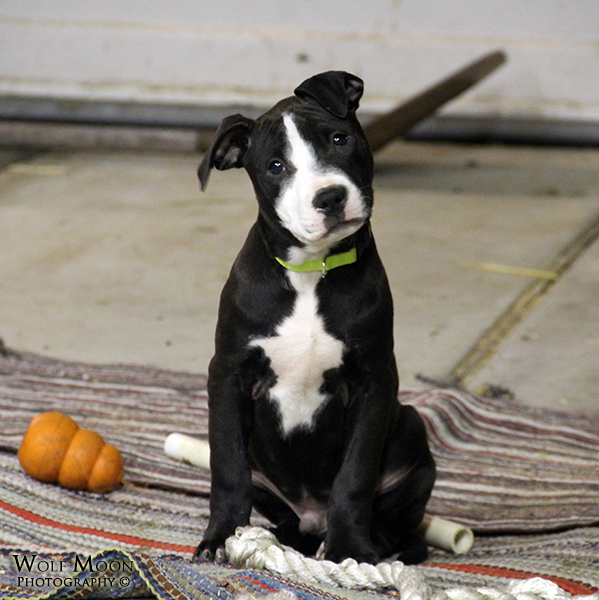 ‘No, this is too much for me.’ and not perform the requested action.  They’re far too stubborn to quit and so I have to, essentially, force them to into retirement.  It sucks for me and it definitely sucks for them because they loathe seeing me work the younger dogs and not them.  Sure, they still get their work time but it is typically halved and not so intense.

You see, I knew that with five of my six dogs being at least five years old (or soon to be six), that it would be time to start looking for the next level of my sanity testing to be brought home – especially knowing that we had recently adopted our beloved senior boy, “Grandpa” Gus and that his time with us is limited by his quality of life since he is quite the old codger and hasn’t had the easiest of lives lived prior to joining the chaos of our home (which he is loving every moment of – especially if it means antagonizing the other boys!).

I had begun looking prior to even knowing that Gus would land in our home. I knew what I wanted in a dog and what breed I was after.  That dog had to be drivey – almost nutty with drive if I could safely manage it – and an APBT.  I, as always, looked to my favorite selection of working dog breeders for these options.  The unfortunate problem however is that working dog breeders rarely breed and rarely place dogs that they wouldn’t keep themselves if they had room.  I, however, lucked out with personal friends (and one of my favorite breeders!) – Howard and Beth.

You see, Howard and Beth breed only when they’re looking for the next addition to their program and so it’s lucky if a litter is born every three to four years.  I had, thankfully, begun my search right around the time they were whelping a beautiful APBT litter (and an AmStaff litter but I am not ready for an AmStaff just yet!) out of two beautiful, traditional type APBTs.  The whole litter was black and white and many of the puppies had flash.  I couldn’t help but 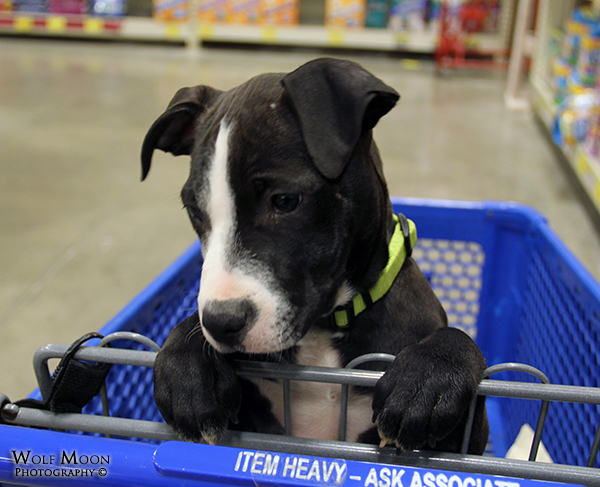 drool as the puppy fever became stronger and stronger.

I watched them all grow.  I liked the girls but I had my heart set on a little boy because my best buddy and best working dog was, after all, a boy and that this puppy would have some gigantic paws to fill if he was ever going to be even half as good as my still working partner, Ryker, which I know will be easy with what his phenomenal breeders have produced in the past and looking at the very girl they entrusted with me almost four years ago.

I have finally succumbed to madness.  I have added a new puppy to the fold of six crazy, refusing-to-chill-with-age adult and senior dogs but I know, in the end, it will be worth it.  This wonderful little bundle of naughtiness, attitude and pure piss and vinegar will go places and do things and may even surpass those gigantic paws he has to fill but I may pull my hair out along the way.  I am happy to say, it will be worth it and to introduce to you Howard’s WMK Counting Stars who will be known around these parts as Orion.  Welcome home, little man.  We are glad to have you in all of your naughtiness (and yes, you will not have anyone younger than you to terrorize for a while at least!).