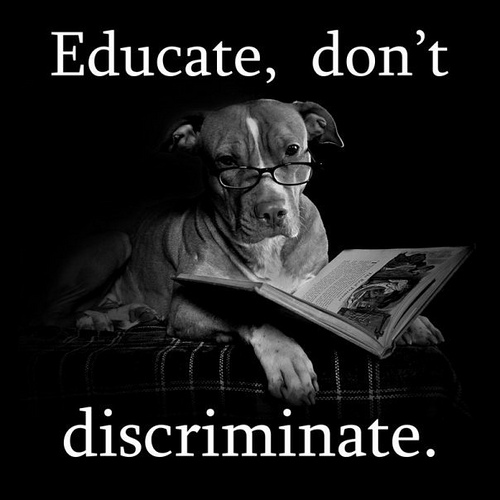 So you’ve just heard your local city, town or village is going to look into a breed specific ordinance after a dog-on-dog or dog-on-human incident causing a knee jerk reaction in an attempt with preemptive public safety measures because of said incident. This isn’t a pretty situation to be involved in no matter how you spin it. Emotions on both sides are high – both for the victim and/or the victim’s family and for the public who is being unfairly targeted due to the irresponsible actions of one individual/family who allowed their dog to run amok – especially if that dog had shown aggressive behaviors prior to the incident leading to breed specific legislation. For the reason above, one must tread carefully when considering working with a city council to find a solution that benefits public safety, satisfies the victim’s need for justice for those who could potentially be harmed in the future by potentially dangerous dogs and doesn’t single out a particular breed – thus satisfying bull breed dogs and other targeted breed owners.

Being a breed steward isn’t an easy task. Bully breed owners are targeted especially hard by those who loathe and fear the breed and one must hold themselves above reproach by those who would sink to drag the battle to a lower level that would allow derogatory remarks, unprofessional behavior and even wishing harm on the hate-filled party who spews such vitriol aimed at a passionate pet owner who is only seeking to keep their pets protected in the face of adversity.

These individuals would like to stomp any potentially non-breed specific legislation because of their fear of these dogs. It is not, however, to say that these fears from are unfounded because the sheer number of instances where a bully breed-type dog that has severely harmed or killed another pet, livestock animal or even human being is astounding and utterly abhorrent. These instances are becoming far too frequent as particular breeds and breed types rise in popularity and it is the responsibility of those who hold these breeds near and dear to their hearts to fiercely guard them through responsible canine husbandry and not let them run amok in polite society.

That being said, you must now prepare for that inevitable ‘battle’ with those who would wish your personal canine companions ill will because of the actions of another. This battle is more so a battle of reasoning and logic than it is of emotionally charged feelings. When one approaches city council one must do so as a professional on their level. Here are some tips to remember when thinking of attending a meeting in terms of presentation:

The above suggestions will help to provide the stepping stones away from breed specific legislation if you and your fellow protestors act accordingly and maintain your aura of professionalism. Do not allow yourself to be dragged into a petty he said, she said battle of emotions no matter how angry, frustrated or upset some of the commentary makes you. You aren’t there for a bar fight but for the right to protect your canine family member and help the city find a solution that positively impacts on all of its citizens to keep them and their companion animals safe from harassment and harm. 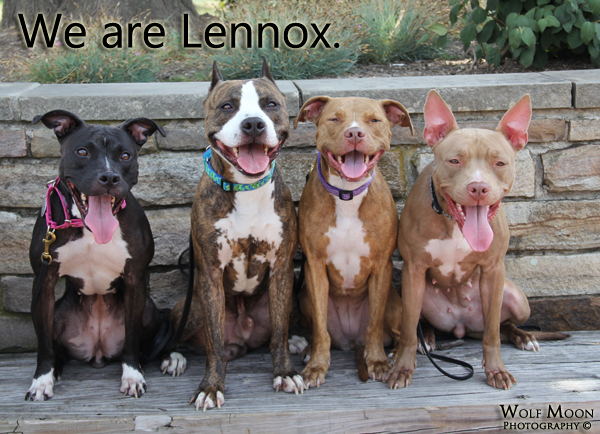 There are likely hundreds of blog posts out there on this very topic.  The death of a dog killed by the stupidity of legislation that targeted an animal solely based on the physical characteristics set forth to be deemed ‘dangerous.’ Lennox was held for two years after being seized by local animal control officials for fitting the description of a ‘pit bull-type dog’ – which is illegal in Northern Ireland – and euthanized after a hard fought battle by his family.

During his incarceration, photographs of severe neglect surfaced and showed the suffering that he was enduring at the hands of ‘humane’ officials.  His family was denied one last chance to see him before his imminent destruction.

Those same city officials also denied the family the ability to reclaim his body or his collar (something their daughter wanted as a memento of her dog). Many offered safe passage as an alternative to death and were denied.  In short order, the Belfast City Council simply wanted to kill Lennox because he ‘could have been’ a pit bull – even if he had done absolutely nothing in the five years the family had raised, vetted, neutered, licensed and cared for this dog.

Breed Specific Legislation does little more than kill dogs who have done nothing wrong.  The dogs seized for being ‘prohibited’ animals are, more often than not, owned and cared for my responsible homes that socialize, train and manage their animals so that they are not a nuisance to the public.  In the same token, families are ripped apart as their furry family member is taken, and often killed, in the name of public safety.  It has been proven time and time again that breed bans do not work.  While pit bull bites may drop drastically in number, the numbers of other breeds and mixes typically go on a drastic incline.

While the legislation may look absolutely bomb-proof on paper, the consequences are abhorrent.  Innocent lives are extinguished for nothing more than piece of mind.  “So what if a few dogs die,” the proponents of the legislation often say, but it does matter.  It will always matter.  If enough people sing from the roof tops about the injustices suffered by Lennox and other dogs who have died for being ‘pit bulls’ we may finally have a case to show that it isn’t just ‘pit bull people’ that care about this subject…it’s the world.  With hope, Lennox’s death will not be in vain and legislative bodies across the globe will see the outpouring of effort by all animal lovers for non-breed discriminatory legislation and stiffer penalties for individuals who choose to be irresponsible with their furry, scaled or feathered family members.

For now we stand in solidarity and hold true to the memory of Lennox and the thousands of other dogs who have died because some government body said that they were inherently dangerous.  Today it was Lennox.  Who will it be tomorrow?  Who will they come for next?