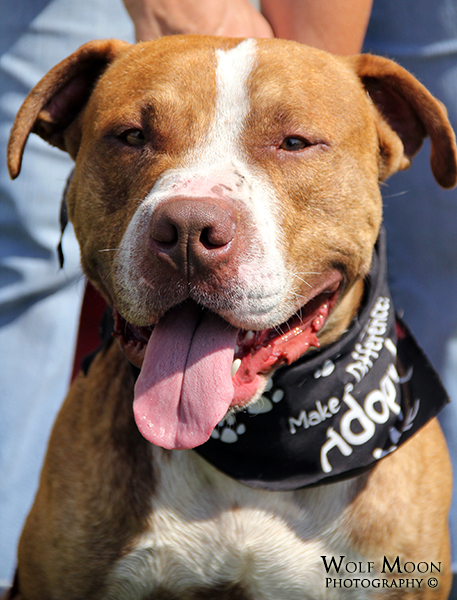 Thor came into the River Rouge Animal Shelter with his good buddy Jewel via the officers of River Rouge.  Unfortunately, Jewel and Thor had a habit of escaping their yard and their owner opted to not reclaim them and instead leave them to sit in the shelter.

Thor is an amazing guy.  He absolutely loves ALL people and will attempt to leap into your arms to get more kisses if you aren’t doling out enough for his puppy-ish demands.  He would make

an excellent running buddy or a sport prospect (especially for weight pull!) as he has energy in spades.  He does need some brush up on his manners but with some work, he’d be as good as gold.

Thor seems to get along with other dogs and isn’t too keen on kitties who run from him but with proper introductions could possibly get along with a dog-savvy cat over time.  He is good with all people but would probably do best with kids over the age of ten years old because of his exuberance.

If you’re interested in adopting Thor, he is available for adoption through the River Rouge Animal Shelter which is located at 100 W. Pleasant Street, River Rouge, Michigan.  You can contact the shelter by email at pkelly306@aol.com or by phone at 313-205-1732.