Being on vacation for a couple of weeks has allowed for some exploration of local hiking trails.  We 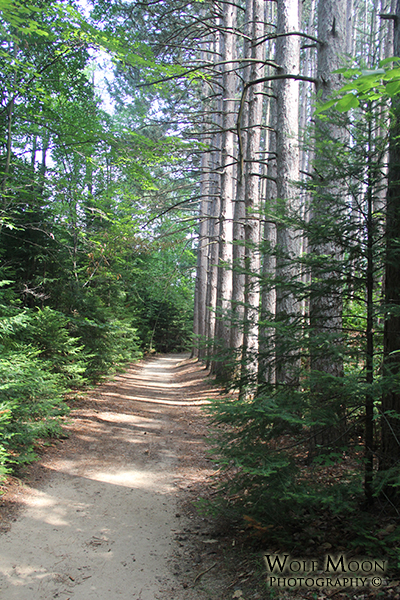 much prefer the state parks because they allow for more freedom on dirt hiking trails for us and the dogs but we’ve been known to hit a few metroparks as well. This time around, we had decided to scope out Proud Lake State Recreation.  We’d opted for the River Trail which is rated as easy despite the 5.75 mile loop it boasts and ended up doing a combination of the River Trail and Marsh Trail due poor trail markings from construction/maintenance going on.

We went on an early morning and a week day hoping to avoid some of the more prominent crowds with the 4th of July celebrations that were set to be on their way in just a couple of short days and we weren’t disappointed.  We saw a group of hikers on our way in and one gentleman with a very rude Labrador while out on the trails but other than that, it was pretty peaceful.  Mika and Ryker enjoyed romping ahead of us a bit and were good about checking in and returning when we asked because of a human or canine visitor approaching.  (It’s a pet peeve of mine to be rushed by rude dogs and I make sure my crew follows the same etiquette I’d want from other hikers with their dogs who are on or off leash but that’s a tale for another time.) 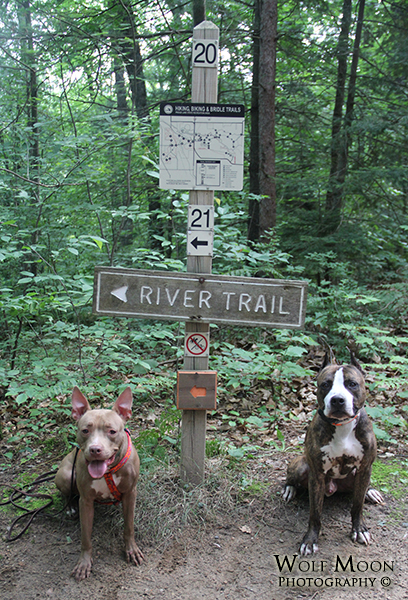 The sights and sounds of this particular trail were pretty amazing.  We saw a variety of wildlife from the usual cottontail rabbits and deer to a few amphibians (leopard and bullfrogs) and snakes.  The dogs were particularly enthralled with a juvenile garter snake that slithered right across our path since neither had really experienced one that up close and personal before.

The dam on the trail was amazing as well.  There was a nice wooded dock-type area that had a shallow area that the dogs enjoyed splashing about in half way through our walk.  This enabled them to cool down as well as us while watching a few kids leap into the water.

All in all, it was a very fun day and I took a LOT of photos (all of which can be seen here).  The trails weren’t as well marked as we’d hoped but it was worth wandering and getting slightly lost.  Now that we have a more accurate map, we’ll be hitting that trail again in the future and hoping to do the entire length instead of only 3 miles of it.